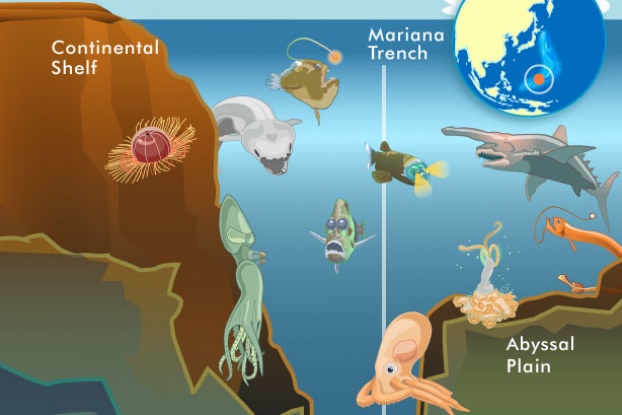 Light is a rare and precious thing in the midnight zone of the ocean. The ability to detect even a glimmer of sunshine can mean the difference between catching a meal and being one. So creatures of the trench, like the barreleye fish, evolve unusual features to use shreds of light to their advantage.

How unusual? Well, for starters, this fish has a transparent head. Inside that head are two sensitive barrel-shaped eyes which are most frequently pointed upwards, allowing the fish to see silhouettes of its prey. As for the clear head, scientists think this feature may simply allow the fish to collect just a little more light, which may give this strange animal a bit more of an advantage over its competition.

The barreleye fish wasn’t even known to humans until 1939, when it was pulled from its habitat 2,500 feet (762 meters) below the surface. Even then, the specimens were less than ideal because they collapsed in the pressure changes from deep to shallow.

Now that researchers have access to deep-diving remotely operated vehicles (ROVs) equipped with lights and cameras that can withstand the pressure, they’re able to observe the barreleye more closely. Yet this odd fish still holds many secrets, leaving scientists puzzling over its lifecycle and reproduction patterns.