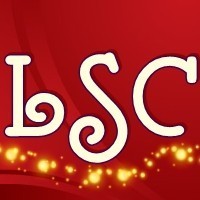 Have you ever read about something that made you go, “Holy crap, that exists?” I have! And here are the top contenders  You’ll be sure to be spitting out your drinks at these.

Number stations are radio broadcasts that date back to World War 1 or even before that, that just basically list numbers in different languages. They’re stations that play static or are silent, except for when someone gets on it and reads out a string of letters or numbers.

No one knows what their reason is but many people suspect they are coded messages used for espionage.

One example is UVB-76. It’s been broadcasting for thirty years, from a live source, not a recording, nonstop, except for three times when someone came on and read some Russian names and left.

Oh, those Japanese. They realized what a bother it was to fit a tumbling round watermelon in a fridge, so they started producing cube ones. They do this by inserting the watermelon into a cube, tempered glass while the fruit is still growing on the vine.

You think that’s cool? Wait till you see the  heart shaped and pyramid watermelons!

Let your baby clean while it crawls! If you like the idea of dressing your child up as a malfunctioning millipede or human-shaped octopus, then by the Baby Mop! Of course, the Japanese started it as a spoof advertisement, and it became a real thing.

So there’s this fish, that, oh, you know, has a transparent head that glows. They are found in water as deep as 3330 feet (1015 m), and spotted in the Pacific Ocean, from the Bering Sea to Japan (is it me or is there a running pattern here?) and Baja California, Mexico. They’re so awesome, that their food and predators are unknown!

Talking about creepy creatures, have you heard of the Elbow Squid? Well, you wouldn’t want to! Their arms poke down at an incredible length of 20 feet (6 meters)!

Let’s finish on something completely ridiculous. So, you see how glue sticks give off that ‘heehee I’m high!’ smell? Well, let’s spread some of that on toast! Just kidding, this stick actually has butter inside. Mhm. Long gone are the days of messy knives. The Butter Stick Type is here!

Funnily enough, this actually looks quite convenient. You can take it with you, use it on things like bagels easily, and you don’t have to wash it, unlike a knife.

Or we could just, you know, opt for the spray butter.