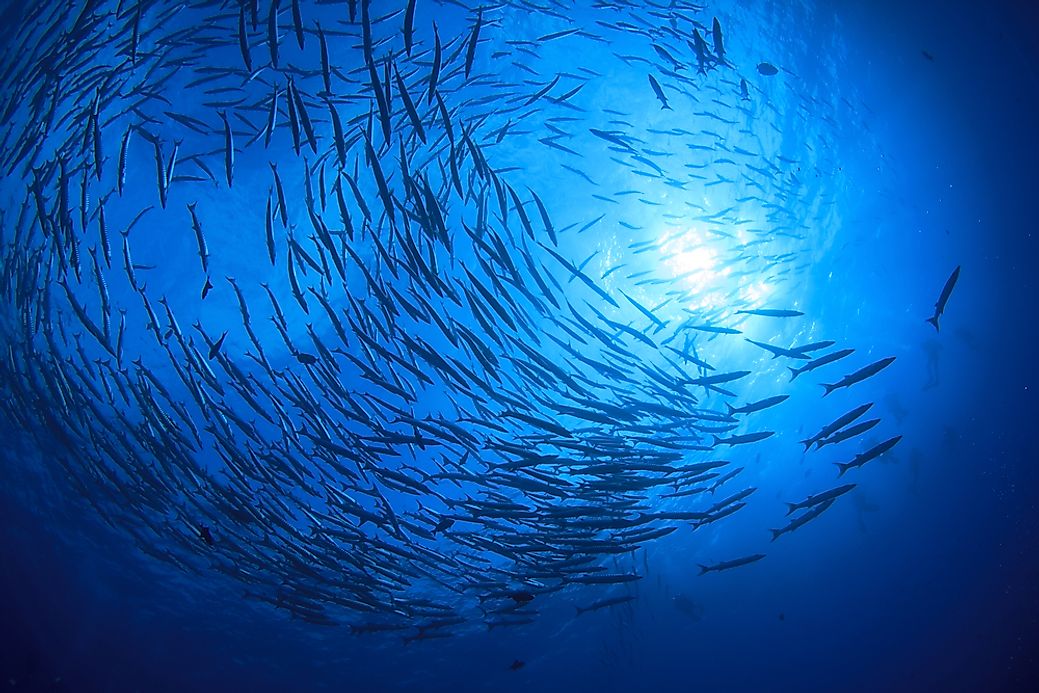 The fish population is one that is very difficult to estimate.

How many Fish Live in the Ocean?

The best estimates by scientists place the number of fish in the ocean at 3,500,000,000,000. Counting the number of fish is a daunting and near-impossible task. The number is also constantly changing due to factors such as predation, fishing, reproduction, and environmental state. About 18,000 fish species have been identified as currently living in the ocean alongside thousands of other sea creatures.

Scientists employ different methods to count fish. The most common include submarines, satellites, drones, and GPS sensors placed on the creatures. Divers come in handy when performing a fish census as they can be able to go underwater and observe and even take pictures of what they see. Scientists also collect data from fishers plying a particular region to be able to estimate the number of a particular species. Scientists have been working to develop new efficient methods to count fish such as the use of Artificial Intelligence. The data collected is fed into a computerized system for easier analysis. It is from this data that estimates along with other information are deduced.

Layers of the Ocean

Researchers have divided the ocean into five primary layers.

Taking stock of the number of fish in the ocean is an essential task. It is important to determine the amount of fish available so that it can be estimated how many of them can be taken out for the population to remain sustainable. The records portray whether fishery management goals implemented are efficient and shed light on the fishery trends. The information empowers fishery communities as well as the government to make informed decisions regarding ocean resources. Legal limits placed on fishing, including size and fishing gear restrictions, are intended to preserve fish populations. Counting fish also shows the extent to which certain environmental changes such as the invasion of alien species has affected existing fish populations.

Overfishing is ranked as one of the major problems affecting fish species, especially when combined with inefficient fishing practices. Overfishing translates to a disruption in the marine ecosystem, and has caused some fish species to be classified as significantly depleted or over-depleted. As more coastal development is undertaken, pollution, and degradation of aquatic habitats are increasing. The ocean has become a dumping site for materials used by humans. Other marine concerns include climate change and invasive species.

This is a Barreleyes fish, also known as spook fish It basically has a transparent head