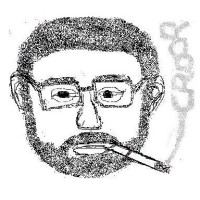 Marine biologists now have video of what is the rarest fish alive, from off the coast of California. It’s only ‘rare’ because we’ve never been able to film one in its natural habitat before this – we’ve known about the existence of this fish since 1939!

Another fish that’s been known about for some time – a decade – but only now classified as its own species is the pink handfish (there are other handfish types, 14 in all, all critically endangered); this particular type were last seen in 1999 off the coast of Tasmania. These fish use their modified fins to ‘walk’ along the sea floor rather than swim – the beginnings of terrestrial life, as far as we can tell. One point, though – these things walk the sea-floor, ya-say, so why aren’t their eyes pointing upwards? Turns out, they only inhabit the shallow waters of the continental shelf. Neat.

PS: I was told I was flogging (and kicking and pissing on and in sundry other ways mutilating) a dead horse (eh, KNR?) by attacking the reprehensible institutionalisation of misogyny that is today’s organised Islam and that I should be writing about more useful stuff. I don’t think the horse is anywhere near dead yet – certainly not as dead as I would like patriarchal religions from the Dark Ages to be – but that is for some other time.